Some people believe that studying literature is important for individual character building while others think it is a waste of time. Discuss both points of view and provide your own opinion.

The most important advantage of the study of literature is that it has cultural value. Cultures are built on stories, which may be historical, mythical or religious. Historical stories, allow us to learn about history in an easier way. The stories told in works of literature illustrate how it would feel to live through famous battles, famines, times of prosperity and times of depression. For example, a book ‘Pinjar” by Amrita Pritam, can help us understand what women faced when India was going through the freedom struggle.

The second advantage of the study of literature is that it expands our horizons. When we read a piece of literature, we get to read about a life experience through the eyes of someone other than ourselves. We get to walk in the shoes of a character whose life is different than our own. Such reading offers us the opportunity to feel the feelings of the characters described, allowing us to understand things through a fictional world.

Last but not least, literature expands our vocabulary. Having a large and wide-ranging vocabulary is essential for a number of reasons. The larger our vocabulary is, the more in depth and thoughtful discussions we can have on important topics and issues, both in and outside of the classroom. The best way to become exposed to new words, is to read. Due to the descriptive nature of a story, any novel will include plenty of words we have perhaps never seen or heard before. When we see those words in context, we learning their meanings passively and don’t have to work hard on learning them. We probably don’t even realize we are building our vocabulary.

On the other hand, there is a school of thought that the study of literature has little or no utilitarian value. Those people opine that studying the practical skills such as business and technical education is what is needed in today’s era. We belong to a time when there is cut throat competition, and so students should not waste time on the study of literature. They should focus on subjects, which would help them earn a better livelihood today.

To sum up, the study of literature is very essential even in the practical world of today. We need to study literature to understand the world and its people better. 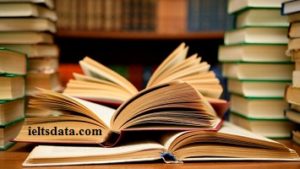 5 thoughts on “Some people believe that studying literature is important for individual character building while others think it is a waste of time. Discuss both points of view and provide your own opinion.”