Obviously, the released prisoners have witnessed the tough life in the jail and can share the tears and sorrows they suffered in the jails and the harm they have brought to the victims and their family members. This may be more impressive than the traditional lectures given by professors. By listening to a wide range of real cases in person, young generation will realize the consequence of the irresponsible behaviour deeply and discipline themselves strictly in the future. Nevertheless, I believe other alternatives should be taken into consideration as well. It is common for people to have a fear towards criminals, especially those who have committed violent crimes and therefore face-to-face conversation between the school students and people with such criminal record might be unfitting in some cases. Another point to be taken into consideration is that by inviting such people to schools to address the students, some vulnerable students might start thinking it glamorous to commit a crime.

By contrast, policemen normally have a good impression among youngsters and they can become the active voice in reducing juvenile delinquency. Senior police officials could be called to deliver lectures to students and show them videos of the harsh life in prisons to deter them from committing crime. Apart from them, parents can certainly be the first to help children learn the differences between right and wrong since they are the people who know their children the best in the world. Teachers also are good to guide children about what is right or wrong.

To sum up, I reiterate my opinion that ex-criminals are good, but not the best to guide children against immoral behaviour. It is the responsibility of every member of a society to help the young generation to become good citizens. 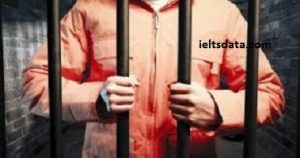