Conserving endangered species is essential, as they are part of our ecological chain. The removal of a single species can set off a chain reaction affecting many others. For example, the gray wolf was once on the verge of extinction, but has now been restored to Yellowstone National Park. These grey wolves control the growing population of elk, which had been over consuming the trees that grew along streams. These trees are now cooling the stream water, which is benefitting native trout. These trees are also the habitat for migratory birds. Beavers now have willow branches to eat, and beaver dams create marshland habitat for otters, mink, and ducks. So, it can be seen that saving one species has led to benefit many other species, which would have otherwise also gone into extinction.

Another benefit of conserving endangered animals is their contribution to the field of medicine. Each living thing contains a unique reservoir of genetic material that cannot be retrieved or duplicated if lost. More than a quarter of all prescriptions written annually in the United States contain chemicals discovered in plants and animals.

Furthermore, many species of animals are benefitting agriculture. Farmers are using insects and other animals that prey on certain crop pests, as well as using plants containing natural-toxins that repel harmful insects. They are a safe, effective, and less expensive alternative to synthetic chemicals. Therefore, each and every species has its own unique value and so should be saved.

On the other hand, in some nations, especially developing countries, human beings are still suffering from poverty, famine, epidemics and natural disasters. If the limited government budget is allocated to animal conservation, many people will face huge difficulty making a living. Therefore, many people believe that protecting basic human rights should be the top priority of these countries.

In conclusion, protecting wildlife is of great significance, as it is a vital cornerstone of the survival and future development of mankind. However, the funds allocated for animal conservation should not come at the cost of basic needs of humans. 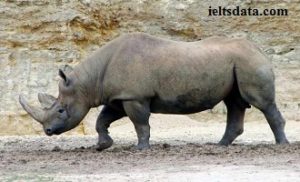